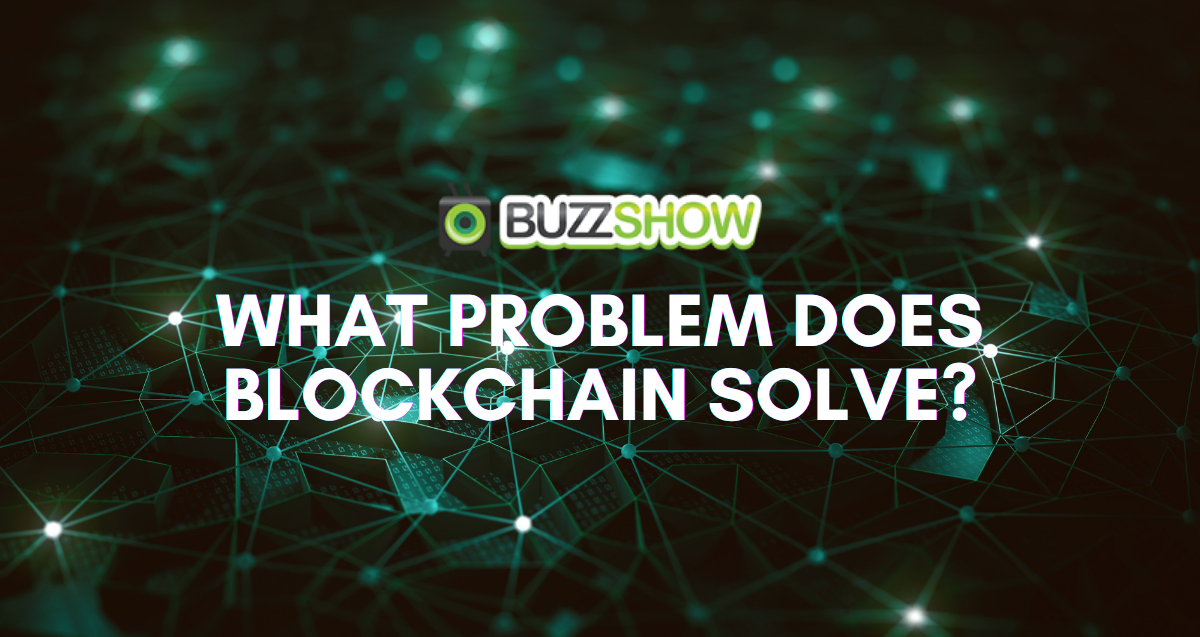 What Problem Does Blockchain Solve?

What Problem Does Blockchain Solve?

Blockchain now is not new for us. We’re all familiar with blockchain and cryptocurrency. However, its use extends far beyond digital assets. Blockchain has the potential to solve a wide range of real-world issues while also providing a better business model and economic structure for all of us. Certainly, we live in a time when blockchain has emerged as a revolutionary and disruptive technology.

Key features of blockchain technology are so irresistible that it is far more than a cryptocurrency backup network. The blocks in the blockchain represent digital data that is linked to other blocks by a cryptographic hash of the previous block. This unusual structure makes it extremely safe and resistant to data tampering, which is why it’s used in so many applications.

Furthermore, blockchain is independent of a central authority as a result of which it is a truly democratic system. Additionally, since the data provided is irreversible, it can be easily shared and made public, resulting in unprecedented levels of openness.

Keeping the unique features of blockchain technology in this article, we will discuss what are the issues that blockchain addresses, making it so popular and revolutionary?

Contracts and agreements have traditionally been made because there is a lack of trust between the parties. Due to this, we need to go through the legal process to form contracts, which is a multi-step process involving even more parties and mountains of paperwork.

Thus, the intermediaries consume a substantial amount of time and money. Just think how much money you spent on your lawyer to draft all the regulatory paperwork, or how much time you spent going door-to-door to collect signatures when you last made a contract.

Solution: So there come blockchains that introduce smart contracts. A brilliant solution and potential substitute for traditional contracts and agreements.

A smart contract is nothing more than a few lines of code that can be stored on a blockchain. This code is set up to execute specific tasks, like processing a transaction once the conditions set forth in the lines of code are met.

The terms and conditions of the smart contracts can no longer be changed or modified because they are stored on the blockchain. Additionally, everything is open and accessible to the public, providing for greater transparency.

Banking channels for international payments are currently in a state of chaos. It’s a multi-step procedure with numerous intermediates. Furthermore, each step of the procedure takes a long time and costs a significant sum of money. It is estimated that the average transaction costs for global payments are so high.

Solution: With blockchain, all middlemen and long procedures are eliminated, reducing the burden of unnecessary delays. The payment is sent almost instantly to the recipient once it has been registered on the secure distributed ledger. It also offers higher accountability and security than the present method because the transaction cannot be reversed or amended.

The parties participating in blockchain transactions pay lower remittance fees than they would with traditional methods. Not only that, but instead of having to wait days for transactions, they are processed and completed in as little as 4 to 6 seconds.

Management Of The Supply Chain

Supply Chain Management is the planning and execution of all associated procedures that lead to the deployment of a finished product. In general, it is made up of a network of individuals or enterprises that extends from raw material suppliers to product makers and finally to distributors.

A well-functioning supply chain ensures optimum production while lowering fraud and administrative costs. This is a difficult concept to put into practice in the real world. In the past, Artificial Intelligence and Machine Learning were used to automate processes, but blockchains promise to change the game. Due to this, blockchain has solved a real-world challenge.

Solution: Transparency in data sharing ensures that everyone from manufacturers to retailers, distributors, and even contractors is on the same page. As a result, any disagreement and operational delays are reduced.

Additionally, because all products can be tracked in real-time, the possibility of misplacement or things becoming stranded in the supply chain is reduced.

And, if that wasn’t enough, blockchain allows for unprecedented scalability, with massive databases accessible from numerous places around the world. This means that no matter how big or spread out your company is, you’ll be able to manage your supply chain with blockchain.

A person’s identity can be reduced to nothing more than a collection of statements regarding who they are as human beings. This contains information such as your address, passport number, driver’s license number, and social security number, among other things. All of these are data points that are collected and held by governments in centralized databases.

A malicious actor might potentially obtain one of these documents and take your identity by exploiting security weaknesses. Taking advantage of your identity can allow them to get a financial advantage or to get credit in your name. This is a big problem! Many criminals use the identity of a deceased person to commit crimes and get away with it. Therefore, this is one of the real-world challenges which has been solved.

Solution: Blockchain technology provides a fresh answer to the issue. You acquire a private key and a public key when you use a decentralized platform. The public key is made publicly available. Because of blockchain’s open and transparent nature, anyone can view your public records. It does, however, provide concrete security because no one can change or edit your information. You can now use your private key to prove your identity if you wish to access your personal data or provide authorization. It’s a simple solution that offers a lot of security over the current method of limited identity theft.

Globally, most local governments and public sectors use outdated techniques and systems that are slow, expensive, and prone to corruption. When internal data is breached, for example, sensitive government information can become exposed. Moreover, old methods are labor-intensive processes that have the disadvantage of taking a long time and costing a substantial amount of money.

Furthermore, because it is a centralized system, it allows for a great deal of abuse and corruption from the inside. This can lead to a higher level of distrust between the government and its citizens, which often leads to even more difficulties in the state.

Solution: Blockchain-based government models enable corporations, governments, and individuals to safely exchange resources within the distributed ledger. You don’t have to be concerned about fraud or data modification because the structure is immutable.

Moreover, because of blockchain’s decentralized feature, it makes government activities more visible, increasing people’s trust in the system. In addition, many labor-intensive operations may be automated using smart contracts, which can assist streamline the process and save time and money.

Crowdfunding is growing in popularity as businesses and startups may readily obtain funds in a relatively straightforward manner. Non-profits have used crowdfunding as their primary means of fundraising for many years.

As a result of the current state of affairs, both organizations and investors are experiencing difficulties.

Solution: Blockchain-based solutions enable securities and crowdsourcing. The concept is similar to public offerings in which a startup or corporation issues tokens that act as the company’s stock, but without the requirement of a stock exchange. The tokens can be purchased using fiat currencies such as USD, allowing users to support the startup or enterprise.

The sports and esports industries take a traditional approach to revenue generation. Organizing events and launching campaigns for ticket sales along with subscriptions at cable channels to watch live games are all part of this strategy.

The model is functional, but it is not optimized. For example, it does not reward viewers for their participation, which could lead to increased interest in sports and esports. Although crowdfunding is unusual in this field, it has tremendous potential for athletes to gain income based on their performance.

Solution: The introduction of blockchain to the market can resolve all of these issues quickly. With the help of blockchain, new revenue models can be established by tokenizing teams and implementing loyalty programs. In addition, it allows for the creation of new markets where fans may bet on their favorite teams.

Individual athletes can also use smart contracts to develop crowdfunding alternatives in order to start earning money and improve their performance. A blockchain-based system can also be used to measure user involvement and engagement, which can then be utilized to design incentive schemes to encourage even greater audience interaction and engagement.

So we discussed some of the problems that blockchain technology can tackle in the real world. Blockchain technology is disrupting not only the financial, banking, and cryptocurrency sectors, but also the media industry. Another amazing aspect of incentivizing users can take this technology to new heights. BuzzShow Network is one of the blockchain-based decentralized platforms that rewards its users with “Goldies,” the network’s utility token, for watching, sharing, publishing, and curating films on the platform.

As a result, blockchain technology not only helps users monetarily and in terms of convenience, but also encourages them to share their talents with the rest of the world.

We anticipate that blockchain will have a significant impact in the near future.