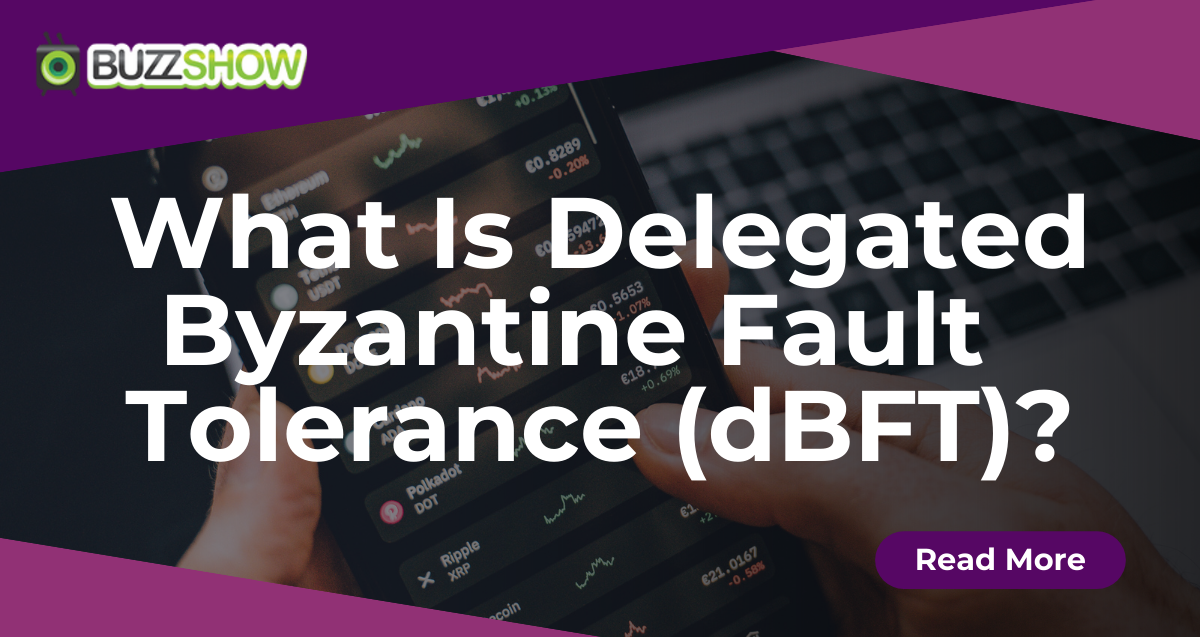 Delegated Byzantine Fault Tolerance (dBFT) is a sophisticated algorithm that facilitates consensus on a blockchain as an alternative to proof of stake, proof of importance, and proof of work. It is an algorithm used to achieve consensus that confuses many blockchains and cryptocurrency adopters. Delegated Byzantine Fault Tolerance is complex compared to proof of work (POW) and proof of stake (POS). Still, it has a good market demand because it can counter unreliable and untrustworthy parties more effectively than other algorithms.

Are you still confused about it? No worries, we got your back.

This article describes the Delegated Byzantine Fault Tolerance Consensus Mechanism in detail without a lot of technical jargon that could confuse you if you want to know exactly what this is.

Byzantine Fault Delegated Tolerance, or dBFT, is a consensus technique popularised by NEO. It works similarly to a country’s government structure, with citizens, deputies, and speakers to ensure the country (in this case network that has multiple nodes) is well-run. The strategy is closer to PoS than PoW since delegates and speakers are selected by voting.

The citizens are essentially ordinary nodes who hold NEO tokens. Citizens elect delegates. Each citizen can cast their vote regardless of the number of tokens they have. Delegates are Bookkeeping Nodes who need to meet specific requirements to become one. Delegates must meet the following criteria:

Whereas the speaker is one of the randomly selected delegates. Citizens’ demands, which are various transactions made over the network, are the responsibility of these delegates. All the transactions within the network will then be recorded in a ledger by the delegates.

Dishonesty and How dBFT Counters It

dBFT counters dishonesty very efficiently. The cases of deception could be :

Case 1: Delegates identify data validity. Delegates can quickly determine whether the data sent by the speaker is valid or invalid by reviewing the block proposal because each delegate verifies the block proposal. A speaker who sends invalid submissions to the delegates is checked if it does not match two-thirds of the blocks; node owners will not validate them. Moreover, a new speaker is selected with a majority vote of two-thirds.

Case 2: If one of the nodes is corrupt, the other delegates can check the proposal’s validity by comparing their own copies. If there is some dishonesty, then the node is removed. Moreover, this consensus is also helpful as taking any action to validate and remove/replace a node is only done if two-thirds of the delegates must agree.

Case 3: Consensus still works if both speakers and delegates are dishonest. Delegates can compare blocks, and by comparing, they can determine if any speaker or delegate has been corrupted. If so, they can agree to invalidate the block, which will result in a new speaker being selected.

In any of these three cases, the dishonest delegates need to control two-thirds of the network to corrupt the blockchain. Due to the fact that all NEO token holders can vote, delegates aren’t anonymous, and becoming a node owner costs 1,000 GEOS, this is difficult to achieve.

Advantages and Disadvantages of dBFT

In computing, Byzantine Fault Tolerance refers to the ability of a system to function even if certain elements fail. It is imperative that anything that relies on a computing system, such as an airplane or a space mission, be able to function even if all of the nodes are not working.

Byzantine Fault Tolerance and Blockchains: How Do They Relate?

Cryptocurrencies use blockchain technology to validate, process, and record transactions. A group of nodes must agree that a transaction is valid before it can be completed. Each blockchain network includes a consensus algorithm. Proof of stake, proof of work, and proof of contribution are some of the consensus mechanisms.

These consensuses are the specific rules of the blockchain that its nodes follow to reach a transaction agreement. Proof of stake (POS) is one of the most popular consensuses. According to this consensus, Validators stake their crypto, which means they keep it locked up in a wallet in exchange for the privilege to verify transactions. A validator can receive crypto rewards if the protocol chooses you to contribute a block to the blockchain.

However, approving incorrect transactions will result in losing some or all of your staked crypto.

A blockchain’s consensus algorithm achieves Byzantine Fault Tolerance. This means the blockchain must be able to function even if some nodes are malfunctioning or delivering incorrect information. In the case of the proof of stake consensus technique, it offers some Byzantine Fault Tolerance since it can function even if some nodes provide inaccurate data.

BuzzShow Network is a decentralized crypto reward-based social Video media platform. Users can get the reward of  “Goldies (GLDYs)” network’s native utility token, by watching, sharing, creating, and curating videos on the platform. Goldies can be traded on exchanges and is very easy to convert into ETH and Polygon Matic. It can also be exchanged for fiat currencies at supported exchanges.

The platform is developed on blockchain technology, and it is the first-ever fully social video network that allows everyone to participate and earn Goldies on the platform. Moreover, it has peer-to-peer interactions. In addition, it integrates IPFS (InterPlanetary File Sharing) to ensure the network is fully decentralized and no one can ever get user data without taking direct permission from them. User files are stored on multiple systems without relying on any centralized database. This makes it a safe and fast platform.

BuzzShow Network is based on the Proof of contribution (POC) consensus mechanism. It uses an algorithm to calculate the values of actions and behaviors of users in a blockchain-based application. Byzantine Fault Tolerance is achieved through the network’s consensus mechanism since it is resilient against malfunctions or inaccurate information. Additionally, rewards are recorded and tracked in a personalized wallet for each user.