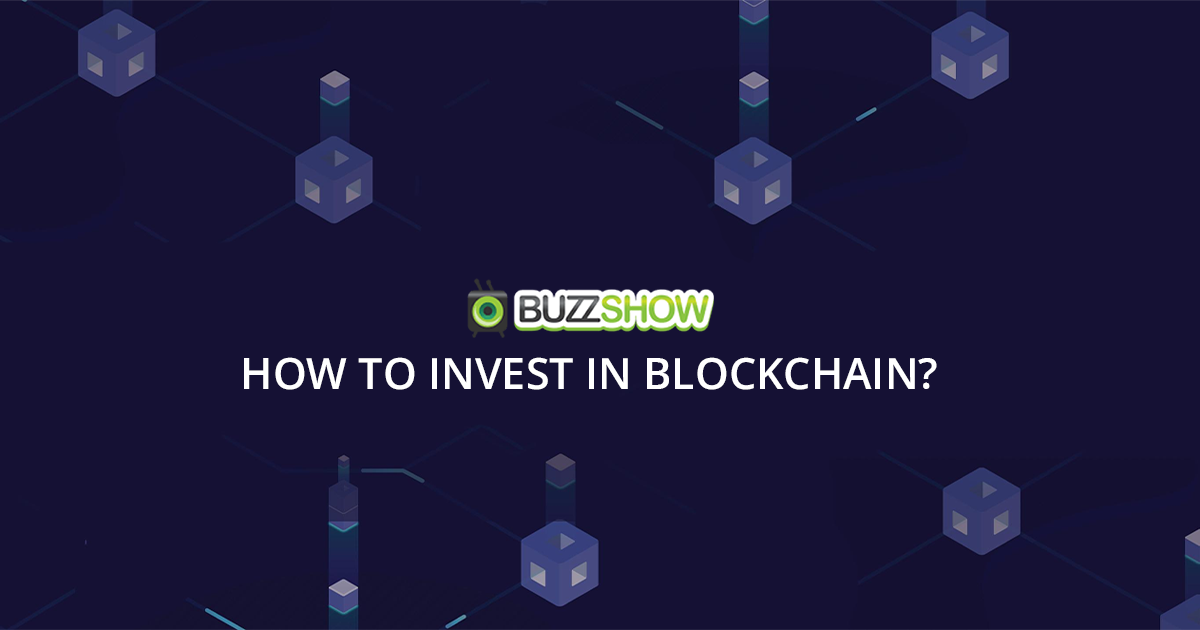 How To Invest In The Blockchain?

How To Invest In The Blockchain?

These days, blockchain technology is a buzzword, with applications ranging from the financial industry to banking to a variety of other fields. To provide services to its consumers, blockchain uses a decentralized or distributed model. A blockchain can be thought of as a linked list of blocks, with each node having a data field and a pointer field that points to the next node on the chain.

Blockchain uses a preferred technique called hashing, in which a set of input values is hashed to generate an output. The information is digitally verified and given a unique hash in this technology. In blockchain architecture, there are numerous components, each of which plays a critical function in making it efficient for communication among different parties.

Blockchain has now become famous for its use in creating cryptocurrencies and other digital currencies. Cryptocurrency, often known as virtual currency, is a decentralized data processing and recording system that offers a safer transaction environment than traditional payment systems. A blockchain-based cryptocurrency produces a new coin or unit of currency each time a new block is added.

The majority of people are interested in these unregulated currencies for profit trading because their value fluctuates. The primary motivation for crypto investments is to make money.

A blockchain can be used for several purposes. Direct investments are not possible in blockchains. You can, however, invest in blockchain-related technology and firms that are producing products and services.

Blockchain investors have experienced a roller coaster ride in the last few years. After a drop in bitcoin prices in 2018, interest in digital money is resurgent.

Reason To Invest In Blockchain Technology

In the investment community, blockchain is naturally attracting attention as a potentially disruptive technology. The following are some of the factors that make it attractive:

Investing in companies that use blockchain technology is not the only way to participate in the blockchain revolution.

Before you decide to invest in blockchain stocks, you must conduct extensive research as an investor. In addition, it’s important to note that the majority of pure-play stocks are traded over the counter.

Top Blockchain Stocks to Invest In

If you’re interested in getting a slice of this revolutionary technology, here’s a list of some great blockchain stocks to add to your stock portfolio.

Coinbase Holdings is a company that specializes in cryptocurrency. It is the world’s largest cryptocurrency exchange, offering more than 100 different digital assets for trading. Coinbase has the potential to diversify into various financial products because of the long-term growth projection for the crypto economy. More than $1 trillion in annualized bitcoin trade volume flows via the network, which has around 73 million verified users in more than 100 countries across the world.

As a blockchain investor, the best thing about Coinbase is that the company will benefit greatly as the technology develops, regardless of whether cryptocurrencies end up leading the way.

The BuzzShow Network is a decentralized video sharing platform built on the Ethereum blockchain. It’s a user-centric platform with the purpose of evenly dividing revenue among all users.

It’s also concerned about user privacy and wants to build a more secure platform for user content. The adoption of IPFS and decentralization concepts by BuzzShow Network ensures that users’ content is safe and secure. Goldies are awarded to users for actions such as watching, uploading, sharing, and curating videos. “Goldies,” an Ethereum-based platform-native ERC-20 utility token. Users can also buy Goldies to double their rewards for each activity they do on the platform.

ERC-20 uses smart contracts and using smart contracts made micropayments easier, which also allows money to be sent in a matter of seconds. As a result, handling large transaction volumes is simplified. The value of goldies has the potential to rise. It is possible to stake goldies. At supported exchanges, they can be swapped for other cryptocurrencies or fiat currency. Goldies (GLDY) are traded on both centralized and decentralized markets (DEX). Goldies will be the next big thing in the crypto industry.

According to prediction, Nvidia will play a key role in supplying processing power for the metaverse and its digital currency. Nvidia also makes specialist CPUs for bitcoin mining, giving you even more exposure to the blockchain. Nvidia is significantly exposed to major growth sectors such as artificial intelligence, online gaming, cloud computing, and next-generation autos, and the metaverse is the latest multibillion-dollar potential for the company.

IBM, the world’s largest enterprise IT company, has struggled to modernize its business model and achieve steady growth, but its recent investments in blockchain technology may help the company to transform into the future. As a part of its blockchain initiatives, IBM Blockchain has already offered breakthrough solutions for companies such as Kroger True Tickets (an authentication company for tickets). IBM Blockchain improves security and transparency in supply chains, international payments, global trade, and food supply. They might have significant growth potential in the future.

DocuSign is the world’s leading provider of electronic signature software. And it’s easy to see why this sector has grown so rapidly in recent years. By utilizing the Ethereum blockchain to record client agreements, the company created one of the first public prototypes of a blockchain-based smart contract in 2015.  Businesses and consumers benefit from electronic signatures because the process of printing, delivering, and storing each transaction costs less than $36. DocuSign has multiple long-term growth potential including increased customer adoption, expanded use cases, and a migration to the Agreement Cloud platform.

Originally known as Square, Block is a financial technology company with two major components: a payment-processing platform for small businesses and an app “Cash App” that lets consumers make personal financial decisions. In addition to lending and trading, Square also has a number of related businesses, including the recently launched Square Online Store, which helps merchants improve their e-commerce and omnichannel capabilities.

Block is a blockchain stock from two perspectives. Using Cash App, users can buy and trade bitcoin quickly and easily. Square Crypto, Block’s own bitcoin development team, is working on a variety of interesting initiatives. Company name change to reflect the shift in focus from traditional IT solutions to blockchain technology solutions.

Despite the fact that blockchain technology has existed for over a decade, real-world applications are still in their infancy. Several years from now, blockchain might become one of the most important aspects of finance, technology, and a variety of other industries. Or it could take a long time. Because of this, focusing on firms that will undoubtedly benefit from the advancement of blockchain technology, but will still be viable even if their blockchain ambitions fail, is a good idea.